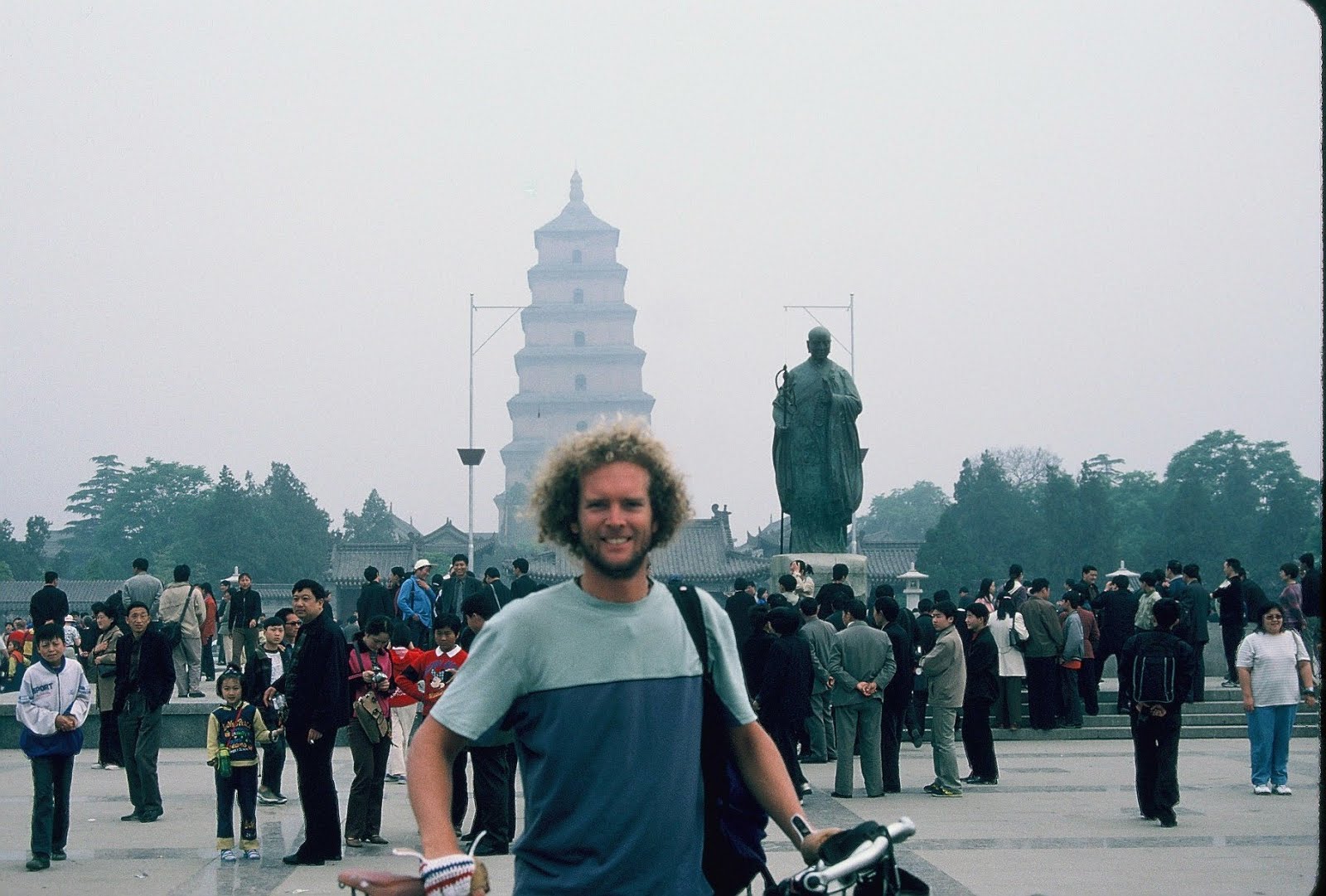 So I don't have a publisher yet for my Silk Road ride book yet, but I am going to try to self-publish an e-book version of another book I wrote years ago about my first big back-of-beyond bicycle expedition, through Pakistan, Xinjiang and Tibet back in 1998.  I'm really excited about it!  I'm hoping that this book will be successful enough to interest publishers in my Silk Road story; if not, at least perhaps it will help increase sales of the Silk Road book if I end up self-publishing it too.

Here's the blog post I wrote earlier today for my main travel blog, Graydon's Travels.  Hope you enjoy it!

It's a blustery evening here in northeast Bali, with a backdrop of dramatic lightning far offshore and distant rumbles of thunder.  The sea is rough, and it's been a while since we went diving.  It's been a good time of year to work on projects, and the big project is finally coming to fruition.

I've been working on polishing up a manuscript I first wrote back in 2002, about my 1998 bicycle trip through northern Pakistan, Xinjiang and Tibet.  It's been a long, drawn-out process, but it's finally all coming together.  I have finished editing the manuscript, picked out photos to illustrate the story, set up a website and a Facebook page to publicize the book once it's published, and started the process of putting the book into Amazon's Kindle Direct Publishing software.  All that's really left is to produce a few maps, which will be my project over the next two weeks.

Since the end of the process is in sight, I've decided to set myself a (rather arbitrary) deadline.  I want to have the book published and ready to buy on Amazon.com by February 28th.  That gives me 26 days to dot all the i's and cross all the t's.  It's finally becoming real that I will have a real, honest-to-God published book out there in the world in less than one month.  After all these years (a bit more than 18 years since I finished the first draft of the manuscript, and over 22 years since I finished the bicycle trip).

I am both excited and apprehensive about this.  I think I've written a good book, and two writers whom I greatly admire, Bruce Kirkby and John Keay, agree with me.  Bruce, a fellow Canadian adventurer and author of the books Sand Dance and Blue Sky Kingdom, had the following to say:

"Graydon may have missed his calling as Dos Equis' 'Most Interesting Man in the World.' A polyglot and polymath, who is as well-read and widely-traveled as anyone I know, in Pedalling to Kailash, Graydon takes us along with the Xtreme Dorks on an ambitious and wild-hearted bicycle tour through the Karakoram and Himalaya, and then onwards across the gruelling Tibetan Plateau. Along the way, he casually fills in delightful details about the land, people and history. The result is a poignant reminder of how curiosity, good hearts, iron wills and perhaps most critically self-deprecating humour are the keys to opening new landscapes--both foreign and within."

John Keay has written a series of wonderful books about Asia, including When Men and Mountains Meet and its companion volume Gilgit Game; these two books provided some of the main background reading for planning our bicycle trip.  He read my manuscript and said the following:
"I was sorry to read that Graydon Hazenberg's Pedalling to Kailash has still not found a publisher. It certainly deserves one, and perhaps the passage of time has actually added to its interest. It describes a family expedition across Roof of the Word made in 1998, a time when the chances of unaccredited travellers not being arrested may have been slightly better than today but when the facilities were fewer and the roads considerably worse.
"This last was a matter of concern because Graydon, his twin sisters and their two boyfriends had chosen to tackle the most formidable terrain in Asia on push-bikes. A century earlier the Americans Fanny Bullock and William Workman had warmed up for the Himalayas by cycling from the tip of India to Kashmir, where they switched to walking boots for the Karakorams. The Hazenbergs flew into Islamabad, pedalled out of the airport and kept on pedalling - and pushing - up through northern Pakistan, round the Karakorams, across the sands of Xinjiang, over the Kun Lun passes, out onto the Aksai Chin and down through western Tibet to the great pilgrimage sites of Kailas-Manasarovar.
"It was a brutal marathon but it makes for an engrossing read. Punctuating the punctures, the author's reflections on the history and culture of the region betray extensive research and good judgement. Not many will be tempted to follow in the Hazenbergs' tyre-tracks, but someone who has slipped across so many dodgy frontiers and blagged his way past so many Chinese security guards will surely find a route to get this fine narrative to a wider readership."
I will keep you, my faithful readers, posted on the progress of the book towards publication. Mark those calendars! I hope that you all end up enjoying the book as much as Bruce and John did.
Posted by xuanzang at 6:54 AM No comments:

Other travel blogs by me 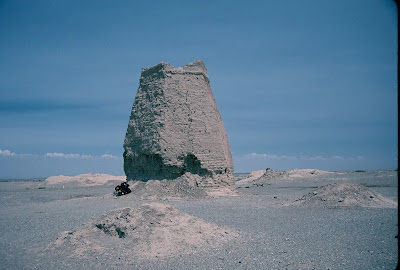 Google Maps of the three legs of the trip

Tables of Riding Distances and Times